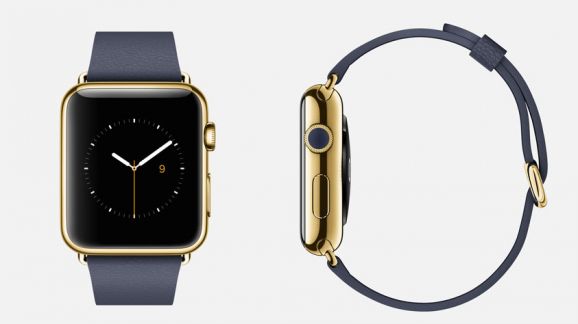 What can we expect from Apple in 2015? There’s certainly a lot of rumours and predictions making the rounds. Let’s take a look at some of Apple’s biggest products and what we could expect this year.

While not yet an Apple product 2015 will see the launch of the Apple Watch. In fact, it’s the only product launch that has been officially confirmed by the company. Dates for the launch vary, but most expect it will be in February, possibly on Valentine’s Day. It will be Apple’s first wearable technology and will come in three different versions: Watch, Watch Sport and Watch Edition. There will be two models: a 38 millimeter model featuring a 272×340 pixel screen and a 42 millimeter version with a 312×390 pixel screen. Unlike other Apple products the Apple Watch will allow customisation in its design with a range of interchangeable straps. The first version of the watch will require an iPhone. If you don’t own an iPhone but would like an Apple watch you will have to wait until late in 2015. The watch will come with a heart rate monitor so health apps are likely to be central focus of the Apple Watch. Pricing will start at $349 in the US (approximately $430 Australian) with no indication around pricing for more expensive models.

With no significant update in a number of years, there are many rumours circulating around Apple TV in 2015. Some suggest Apple will launch a subscription service with live and on demand TV. Other rumours have suggested there will be support for video games as well as a dedicated App store. A dedicated App store could mean Apple TV is used as a control hub for various products around the home with developers using Apple’s HomeKit tools to create apps. While most rumours suggest that Apple will continue to refine Apple TV, rumours persist that a complete redesign is on the cards one that would once again see it dominate an increasingly competitive product segment.

While it seems only recently that the iPhone 6 was launched, Apple has been consistently launching new versions of the iPhone in September each year. This is expected to continue. Over half of Apple’s revenue is generated from this product alone and therefore consistent launches of upgraded iPhones have almost become mandatory for Apple to ensure it remains at the forefront of the smart-phone industry. Rumours for the iPhone 7 focus on the devices camera. Some have predicted the biggest improvement ever for the iPhone’s camera especially the rear facing camera. Other rumours include a built-in Beats Music app, upgraded chip technology, wireless charging and a reversible USB charger.

The most likely prediction for the iPad this year is a larger screen. Dubbed the iPad Pro or iPad Plus the screen could be over 12 inches compared to the 7.9 and 9.7 inch models currently on offer from Apple. A partnership with IBM has most people predicting that the new iPad will be aimed at educational institutions and business professionals with a range of new business related apps to be launched. The new iPad may also allow multitasking through custom software allowing a split-screen.

Retina display has been a staple of the MacBook Pro since 2012. 2015 might finally see a MacBook Air with this same technology. A new 12 inch version alongside the current 11 and 13 inch models has been forecast as has ultra-slim casing, a new trackpad without a button and a fan-less design. It is possible too that the rumoured 12 inch version would be offered in the same three colours currently available for the iPhone 6. Predications for a release date centre around the middle of the year.