The in-built dictionary puts the power of Collins English, Oxford Primary, New Oxford American, Vox Spanish & Cordial French dictionaries in your hands. Simply pass the nib across a word and it instantly displays the definition and reads it aloud. It is also a scanner for capturing lines of text and uploading to a PC or Mac, making it ideal for students, teachers and professionals to capture essential information.

The pen is half the size of other portable pen scanners on the market and at 50g is half the weight. Importantly this means it can be used by a younger generation of English, Spanish or French learners making this learning tool suitable for children (age 6+) and adults. This is the only portable line scanner on the market that is both Mac and PC compatible. There is no software required, just connect the pen up to a computer with a USB cable and it appears as an external hard drive. Other features include a built-in voice recorder with playback.

As well as promoting Independent Reading this pen features: 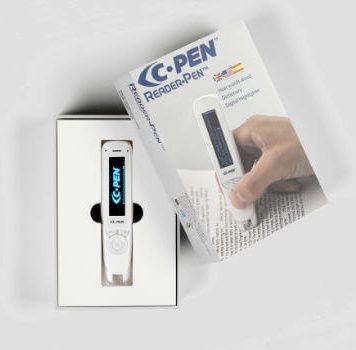